The best smartphones of year are called 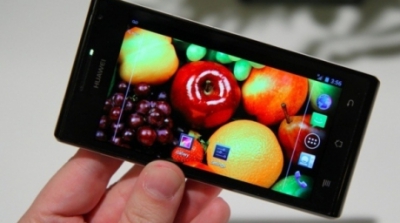 Experts of the Business Insider portal have made the list of the best smartphones released in 2018, the correspondent of Òengrinews.kz with reference to RIA Novosti reports. [Tengrinews]

The Chinese OnePlus 6 became one of novelties for which, according to authors of article, "it is worth spending". The high-quality camera, the Qualcomm Snapdragon 845 processor and six gigabytes of random access memory became indisputable advantages of the smartphone. Experts have also noted that the accumulator with technology of fast charging is built in a gadget. One more plus of the device - the special Android version under the name Oxygen OS. Experts have also paid attention to Galaxy Note 9 - a new product from Samsung with the 6,4-inch OLED display, the powerful accumulator and the good camera. The device is equipped with the large volume of the built-in memory - up to 512 gigabytes. Besides, the updated stylus S PEN is included in the package. Other leader of the Korean company - Samsung Galaxy S9 which has become, according to authors, to the most beautiful of the existing smartphones also has got to the five of the best. As writes Business Insider, Galaxy S9 "has received everything": big OLED display, excellent camera, built-in monitor of a warm rhythm, scanner of fingerprints and function of face recognition, fast charger and also wireless accumulator. LG G7 Thinq became one of favourites of the portal, "the reminding Android version iPhone X, but for several hundreds of dollars is cheaper". Among advantages of the smartphone authors of rating have specified the 6,1-inch display, moisture protection, high-quality loudspeakers, the camera with an ultrawide lens, the Qualcomm Snapdragon 845 processor and the wireless accumulator. One more noteworthy novelty experts called Moto G6 from Motorola - the most budgetary gadget from the list. They have noted the big 5,7-inch display, the powerful and fast charger and the good camera.