PHYSICISTS ARE SURPRISED: IT IN SPACE WASN'T FOUND YET 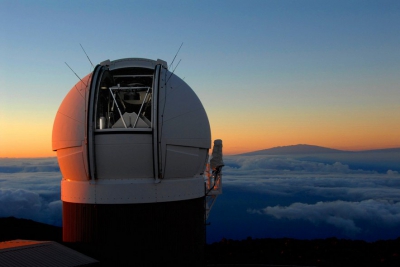 For the first time in interstellar space the radioactive molecule is found. It was formed as a result of collision of two stars. [hi-tech.mail.ru]

The international group of scientists has recorded an unexpected find in the course of observation of the Chanterelle SK object (CK Vulpeculae, Nova Vulpeculae). This new star formed as a result of merge of two other stars has been open in 1670 more than 400 years ago. Now Chanterelle SK — quite dim object seen only in the powerful telescope.

During observations of astrophysics have caught lines of a range which correspond to an aluminum monofluoride molecule with radioactive isotope of metal in structure — 26AlF.

This first proof of existence of radioactive molecules in interstellar space.

Nakhodka astrophysicists says that at collision of two stars their inside layers in which just and isotopes are formed can mix up and "be splashed out" in an outer space.