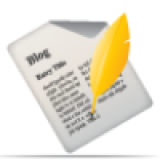 Explanatory note to the project "Biotechnology of FlNP"

This note deals with biotechnological development in the field of gerontology, carried out within the framework of the gerontological concept of "Radical Life Extension" (RLE).

His scientific interests include the metabolism of aging processes, the theory of aging and radical extension of life, comprehensive programs for age correction, and markers of aging. Theoretical developments in gerontology are more than 35 years.

The gerontological concept of RLE implies an increase in life expectancy (LE) beyond the limits of the species limit (SL) of a person, which according to modern concepts is 110 to 120 years. Such life longevity can be achieved only by the method of age-old reinvolution, that is, returning the aged organism to earlier age periods. The fact is that the degree of decrepitude and wilting of the organism at the boundaries of the SL reach such a depth that it is impossible to continue supporting life processes. The most striking example is the story of Zhanna Kalmon, who lived 122 years. At the end of her life Jeanne passed away. She did not die from any particular illness, like all people, but just gradually grew old and decrepit.

Therefore, the only way to survive to 120 years of age and exceeding this threshold is to increase the human pancreas due to the achievement of adolescent age metabolism or, more precisely, the decrease in biological age (BA).

The task was to develop the technology of age correction, due to the return of the organism to an earlier age state, as a rigid whole.

We managed to develop biotechnology, leading to a similar restructuring of the body.

FlNP promises to reduce the bio-age for 30 to 40 years, for 4 to 6 months of constant exposure to the body.

Constant exposure to the body means the application of the elements of the procedure to a patient injected into an artificial sleep and placed in a specially designed unit.

At this time, the hardware and medicamental effects on the body. Stimulated functions of the nervous and endocrine systems, affecting the circadian and monthly rhythms and controlling the "biological clock" of our body. In the state of sleep, a permanent reversal of the "clock" will manifest itself.

The regularities found by the author make it possible to reverse the aging process taking into account its heterochronicity and heterotopy. The final normalization of the structural and functional state of the body will be established about a year after the completion of the procedure.

The method of FlNP allows us to hope for getting correction for people of elderly and senile age, up to the level of 30-35 years old person.

It is also assumed that this biotechnology allows one - twofold repetition of such correction with overcoming the species limit of life expectancy. The overall expected result from the application of FlNP is an increase in the individual human pancreas to 150-160 years. Approximately, half of this period must pass at the age of 30 - 40 years.

Relevance of the problem

and current state of research

The problem of aging, almost the only one, the natural-science idea of ​​which was devoted to five and a half thousand years, without interruption. For millennia, mankind has tried all substances, herbs, substances that only people knew.

At the moment, the theoretical development is completed and it needs a series of final experiments that can confirm the effectiveness of the methodology. The experimental plan is designed for a two-year period, after which it will be possible to give a final conclusion about the suitability of the methodology for use.

Thus, in two to three years of experiments it is possible to obtain a practical result of exceptional significance.

Commercialization of this technique is seen as effective and very convenient for practical use.